A former journalist specialising in new technologies, Margaux worked in 2010 on the TV show Intelligence Économique on France 24 before joining the PC Presse group. From 2014 to 2016, she animated a radio column for the show Secrets d’Info on France Inter, on rumours and misinformation, then on cyber-intelligence. 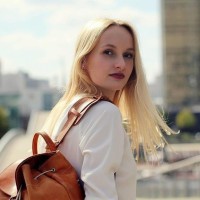 A Franco-German student in her final year studying international relations at ILERI, Julie worked as a journalist for La Vie and WorldCrunch before becoming the editor-in-chief of Illicit Trade.
jb@illicit-trade.com

Benoît is a Research Associate in the Global Tobacco Control Research Programme at Simon Fraser University – where he focuses on the illicit trade in tobacco products.

He is also Adjunct Instructor at American University – where he teaches a Skills Institute on Researching Terrorism, a Senior Fellow at the Canadian International Council, and is on the Editorial Team of the Journal of Illicit Economies and Development (LSE Press). He is a frequent contributor to World Politics Review, IHS Jane’s Intelligence Review, and the international media.